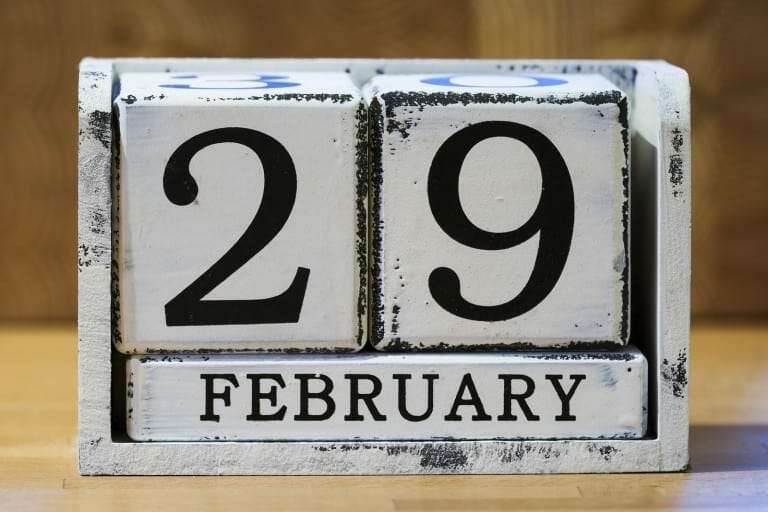 Leap Year was first introduced by Roman Emperor Julius Caesar over 2,000 years ago. Nearly every four years, we add an extra day on to the end of February in order to make sure our calendar stays aligned with the earth’s movement around the sun. However, it’s slightly more complicated than that.

What is Leap Year?

Our modern calendar contains 365 days each year. However, the earth’s orbit around the sun actually takes slightly longer than that- 365.2421 days. While that .2421 days might not seem like a big deal, over time, that missing almost quarter of a day can add up. In fact, after 100 years our calendar would be off by as much as 24 days!

It was the ancient Egyptians who first recognized the need for what we now call a Leap Year. The Egyptians added in an extra month in an effort to maintain consistency with the celestial calendar. During Caesar’s rule, he had the Roman calendar revised to include 12 months and 365 days, as we know it today. He also had his astronomer, Sosigenes, account for the slightly longer solar year by adding a leap day every four years.

However, this model didn’t truly work out correctly, either. Adding that extra day every four years resulted in 11 extra minutes at the end of each year, and by the end of the 14th century the calendar had strayed 10 days off the solar year.

This is where the Gregorian Calendar, the model we still utilize today, came into play. In 1582, Pope Gregory XIII created a revised calendar in which leap years occur over four years, except in those years evenly divisible by 100 and not by 400. The math may seem tricky, but the method worked- for now. Experts say that the discrepancies of this calendar will need to be addressed at some point down the road, but we are safe for at least the next 10,000 years. Who knows what type of calendar we’ll be using by then!

One of the best known leap year traditions goes back to an old Irish legend, in which it’s said that in the fifth century, Saint Brigid struck a deal with Saint Patrick to allow women the chance to propose to men every four years. St. Patrick agreed, but gave women a single day to propose to their suitors, which was the last day of the shortest month.

This particular tradition caught on in other countries, although the practice was slightly different in each. In some regions, men would be forced to pay a fine of sorts if he refused the proposal and would have to give the women clothing or money. In others, any man who refused a proposal would have to buy the women 12 pairs of gloves so she could hide the embarrassment of not having an engagement ring.

In other countries, getting married during a leap year was considered highly unlucky, not to mention actually being born on that particular day. The chance of being born on a leap year is said to be one in 1.461. Babies who are born on February 29th are known as leapers or leaplings. Some famous “leapers” include Pope Paul III (d. 1549), American baseball player Al Rosen, motivational speaker Tony Robbins, and actor Antonio Sabato Jr.