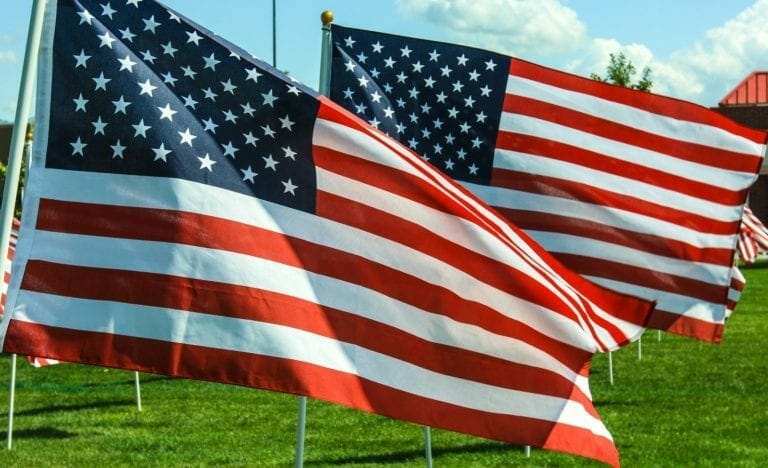 While Memorial Day is generally considered the unofficial kick off to summer, this holiday is actually about much more than barbecuing or shopping at a big retail store’s sale. It’s a day we remember and honor those who have fallen while serving our country.

Memorial Day is celebrated a variety of ways all over the country, from parades and marches to quietly visiting graveyards and war monuments. The U.S. flag is flown at half-staff until noon, and many people participate in a National Moment of Remembrance at 3 p.m. their local time. The National Moment of Remembrance was signed into law by the president back in the year 2000, asking that all Americans “voluntarily and informally observe in their own way a moment of remembrance and respect, pausing from whatever they are doing for a moment of silence or listening to ‘Taps’”.

Many cities have seen a decline in traditional observances of Memorial Day events; Memorial Day parades, for example, haven’t been held by most cities in years.

Memorial Day weekend in Indianapolis, however, is a busy one! The entire month of May in Indianapolis is a celebration of the world’s largest single-day sporting event, the Indianapolis 500, which is held on Sunday, May 24th this year.

The weekend starts off on Friday with the 500 Festival Memorial Service.  The 500 Festival recognizes that Memorial Day is an important holiday in the midst of all the festivities surrounding the race, and the Memorial Service takes place to remember the sacrifices made by Indiana men and women who serve our country. To honor Indiana’s fallen soldiers, there will be a joint service color guard presentation of colors and performances by the Capital City Chorus and the Indiana National Guard’s 38th Infantry Division Band.

There will also be a wreath-laying ceremony where the names of Indiana service members who have fallen are read out loud. A special horse-drawn caisson will carry the remains of a fallen service member while the caparisoned horse trails behind, representing a leader who has fallen and will ride no more. This special memorial service will be held in downtown Indy and is free to the public.

Day two of the 500 Festival brings the IPL 500 Festival Parade, which has been taking place every year since 1957. Held on the eve of the Indianapolis 500, the parade features larger-than-life floats, celebrities, marching bands and patriotic units, giant helium balloons and much more! 33 starting drivers of the Indy 500 will serve as honorary grand marshals in the parade. The parade is televised nationwide and approximately one million viewers will tune in for it from their homes.

The theme of the parade this year is Celebrating the Stories of May, which ties in stories about Memorial Day, training to complete the 500 Festival Mini-Marathon, family traditions surrounding the parade and many more.

Will you be heading to the 500 Festival this weekend or the Indianapolis 500? However you celebrate, please remember to share in the National Moment of Remembrance on Memorial Day at 3 p.m. It’s important to honor those special Hoosiers who have fallen while serving our country.