Diabetes and Alzheimer’s Disease- Is There a Link? 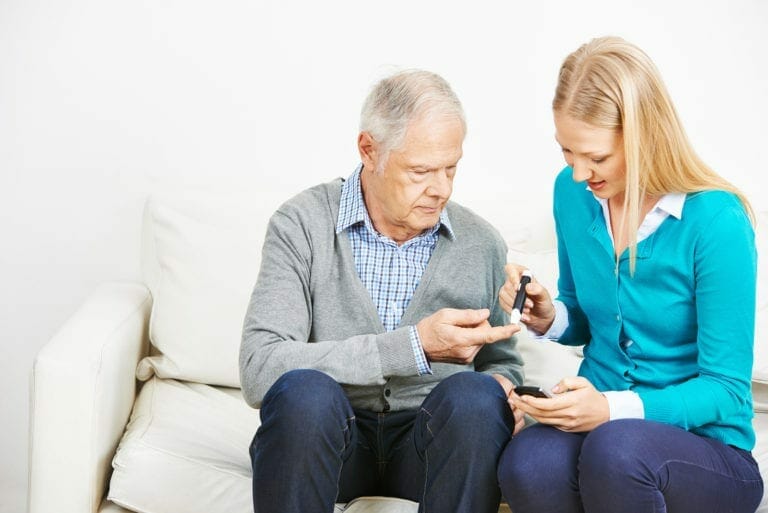 According to the 2014 National Diabetes Statistics Report, it’s estimated that there are 29.1 million people in the United States, or 9.3% of the population, who have diabetes. About 11.2 million of those people are aged 65 and older, with around 400,000 new cases reported in 2012 alone. Diabetes was the seventh leading cause of death in the United States in 2010- and this number may be underreported.

According to the CDC, diabetes is a group of diseases marked by high levels of blood glucose resulting from problems in how insulin is produced, how it works, or both. Diabetes affects the blood vessels and nerves of the body, causing many long-term complications. It’s already known that diabetes also increases one’s risk of developing other health problems, such as heart disease and heart attacks, stroke, kidney disease, skin conditions, and even depression. There is also research available that now shows a link between diabetes and the development of Alzheimer’s disease or dementia.

One reason for the link between diabetes and Alzheimer’s disease is that because diabetes affects the blood vessels, the cerebral blood vessels of the brain can also be damaged by the excess blood sugar. Those with type 2 diabetes are particularly at risk; studies have shown a dramatic increase in a protein toxic to cells in the brain.

Insulin resistance is also a characteristic feature of type 2 diabetes, and studies revealed that insulin resistance is evident in the brain tissues of Alzheimer’s disease patients, too. Another study showed that the amyloid plaques, formations of protein deposits on the brain, were found in brain autopsies of those suffering from Alzheimer’s disease as well as diabetes.

Research will continue to be conducted regarding these links between diabetes and Alzheimer’s disease, but there are also preventative measures you can take to reduce your risk of developing both diseases. Another study showed that making lifestyle changes if you are 60 or older can help reduce the risk factors by over 70%!

Eat a healthy diet and try to exercise at least 30 minutes a day. Exercising is so important for seniors, and there are plenty of ways to incorporate physical activity into your daily life. Even if you are limited by your mobility, you can still take brief walks, get involved in aquatic exercise, or even vacuum your home! Exercise can be done in short, ten-minute spurts if you tire easily. Your diet should be low-fat and consist of whole grains, vegetables and fruits. Staying hydrated is also very important for seniors because as you age, it’s possible for you to lose your sense of thirst. Be sure to make drinking several glasses of water part of your daily routine. 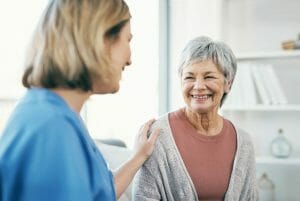