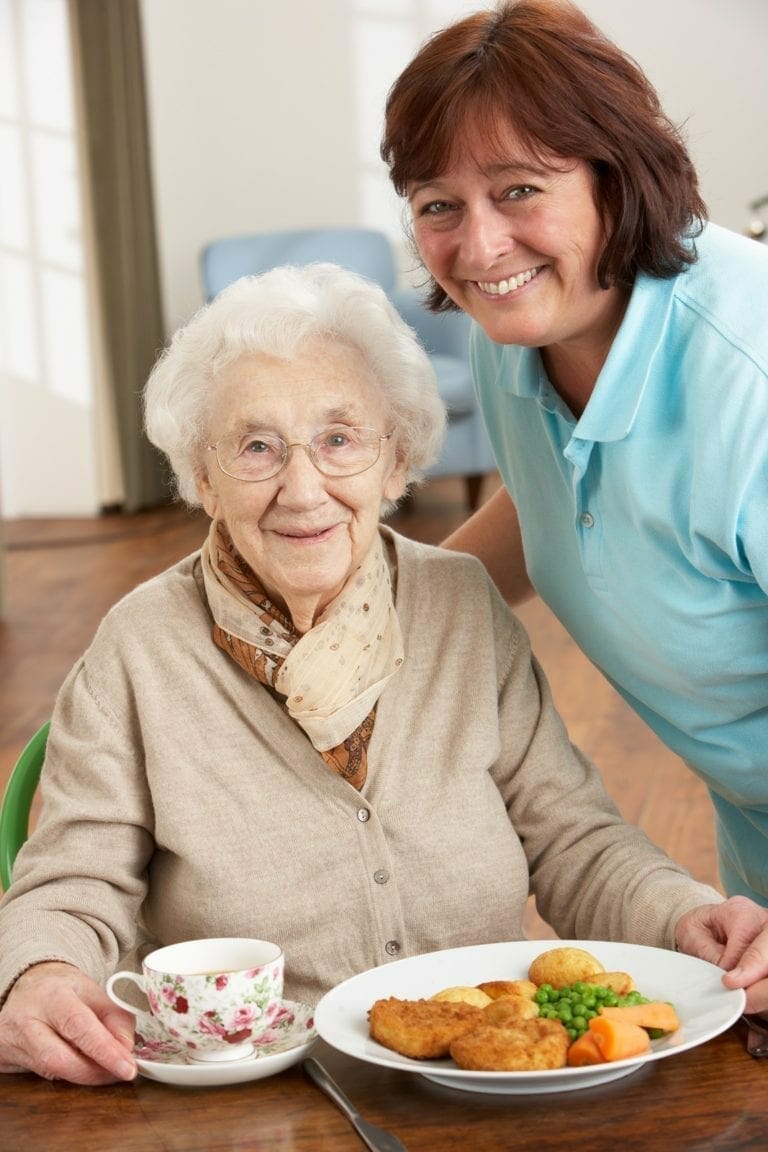 The medical term for difficulty swallowing is called dysphagia. Swallowing problems in the elderly is common due to the weakening of throat muscles. The condition easily worsens and can lead to a dysphagia diet that includes only pureed foods and thickened liquids.

If you experience symptoms on a regular basis like pain while swallowing or not being able to swallow, feeling as though food is getting stuck in your throat, chest or behind your breastbone, coughing or gagging while swallowing, hoarseness or frequent heartburn, it’s important to see your doctor and seek some treatment options for dysphagia. Difficulty swallowing can lead to malnutrition and dehydration as well as respiratory problems.

In early stages of muscle decline, the person could have trouble swallowing pills.  More than one in 10 people over age 75 has some form of dysphagia.  As the condition advances, the weakened muscles could allow liquids and food to escape or aspirate into the windpipe and lungs. In these cases, tubes are needed to help the victim breath and receive nourishment.

According to experts, stroke, disease and neurological disorders are often the causes of more severe forms of dysphagia, which can lead to a variety of health complications, including death.  Over 60,000 Americans die each year from complications caused by swallowing difficulties, according to the Agency for Health Care Policy and Research.

A treatment option for dysphagia is neuro-muscular electrical stimulation therapy, which involves using electrical impulses to strengthen the throat muscles.

What is Neuro-Muscular Electrical Stimulation Therapy?

In neuro-muscular stimulation, a small amount of electrical impulses are delivered through electrodes placed on weak throat muscles to increase strength and agility.  The neuromuscular electrical stimulation causes the muscles to contract, which exercises and strengthens them. Tests have shown that the results last, allowing many people to return to normal diets and a higher quality of life.  The therapy is used in conjunction with traditional dysphagia treatment methods. After a few weeks of therapy, the patient should begin to experience improvement in his or her ability to swallow.

To treat dysphagia, several American Senior Communities locations use the VitalStim Therapy System, which was approved as a neuro-muscular stimulation therapy system by the Food and Drug Administration.

Treatment may be covered by Medicare, Medicaid and some private insurance.  The therapy is provided through the facility’s Moving Forward Rehabilitation program.

To find a location near you offering VitalStim Therapy, please visit the website at www.ASCSeniorCare.com.